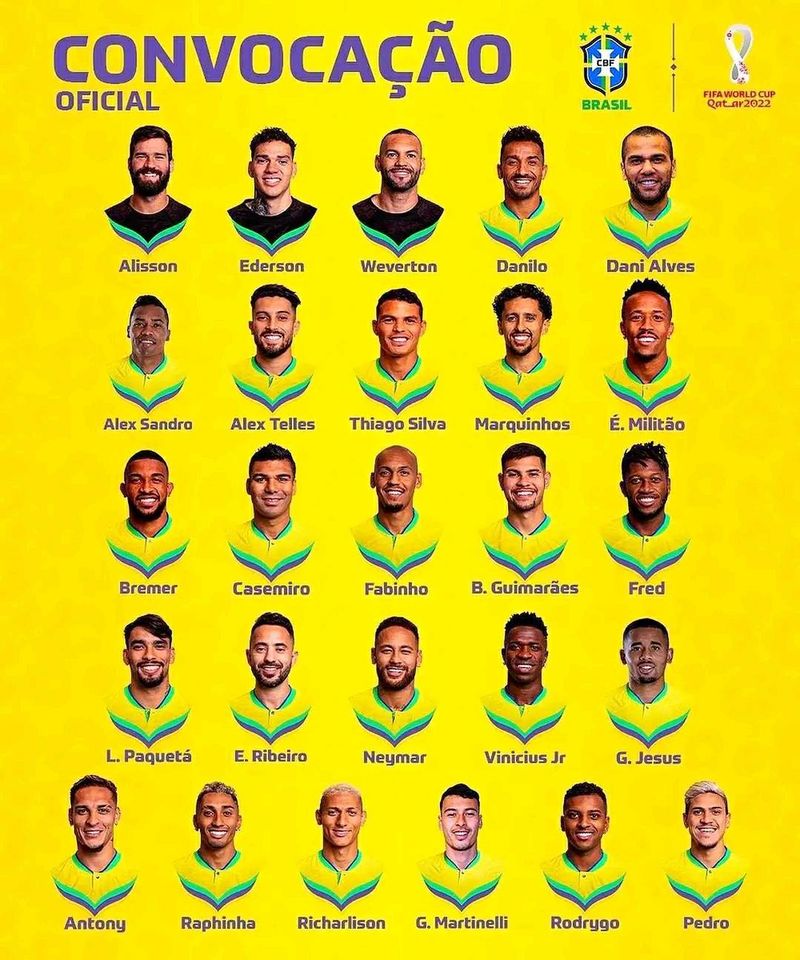 The Brazil national football team has confirmed their final squad for the 2022 FIFA World Cup in Qatar. The 26-man squad is a mixture of experience and new talent, with several players set to make their first appearance at a World Cup. Neymar Jr is included in the squad. Antony (Manchester United), and Gabriel Jesus (Arsenal) are also included, as well as Manchester City’s Ederson.

Let’s take a closer look at Brazil’s squad and see how they’re shaping up for Qatar World Cup 2022.