Speaking about the Malayalam industry, there are some of the very best news channels which are running for years. Yes, people there love to watch and listen to the news and each one of them are eager to be aware of the latest news running in their state.

For those news enthusiasts, we have got you the best five Malayalam news channels that you can browse from the below sections.

Talking about one of the biggest news channels in the Malayalam industry will bring Asianet News into the spotlight. It has been the go-to channel for decades where people have loved to watch and listen to news from this channel.

The channel is owned by Rajeev Chandrashekhar whereas they have got their headquarters in Thiruvananthapuram. It comes under it’s parent company Asianet News network which is an integral part of Jupiter Media.

Some of the popular programs hosted by Asianet News includes FIR Bulletin, Cover Story and News @ 1.

Came into the limelight back in the year 2011, Reporter TV is the second-best Malayalam industry news channel. Most people love watching the news from this channel and is the go-to channel for plenty of news fans.

It has become one of the prime channels in the Malayam industry whereas M.V Nikesh Kumar is the CEO of this channel.

For the people of Kerala and even the Middle East regions, the reporter TV is a channel that is watched by the people.

The Manorama news has been a good part of the Manorama Daily and has got it’s headquarters at Aroor. It has been known by the slogan ‘Kerala’s No:1 News Channel’ and is continuing to impart it’s news information to the people.

Plus, it offers a series of some good news which comes at different time frames.

Out of which, CounterPoint, Choondu Viral, Naattu Pacha, Kuttapathram and even Munvidhi are some of the popular shows in this category.

Indiavision is the channel of Indiavision Satellite communication where it has been among the oldest channel in Kerala. Plus, it has got its headquarters in Kochi and has become quite famous for its dedication and alertness.

For the viewers who live in the Indian subcontinent, the Middle East, Sri Lanka, they can easily watch the news on Indiavision.

Additionally, speaking about the programs, Politics, Crime Patrol, Varanthyam, World This Week and Mukamukham are some of the better programs that are hosted by Indiavision.

Launched back in the year 2013, Mathrubhumi is a Kerala driven news channel owned by the Mathrubhumi group. Along with that, Kappa TV is the sister channel of this group where they host plenty of more channels.

They have got their headquarters in Thiruvananthapuram and Mohanan Nair is their current CEO.

The News channel is famous for plenty of shows such as Varthakal Ithuvare, Pradeshika Varthakal, She News, Super Prime Time along Gulf Time. 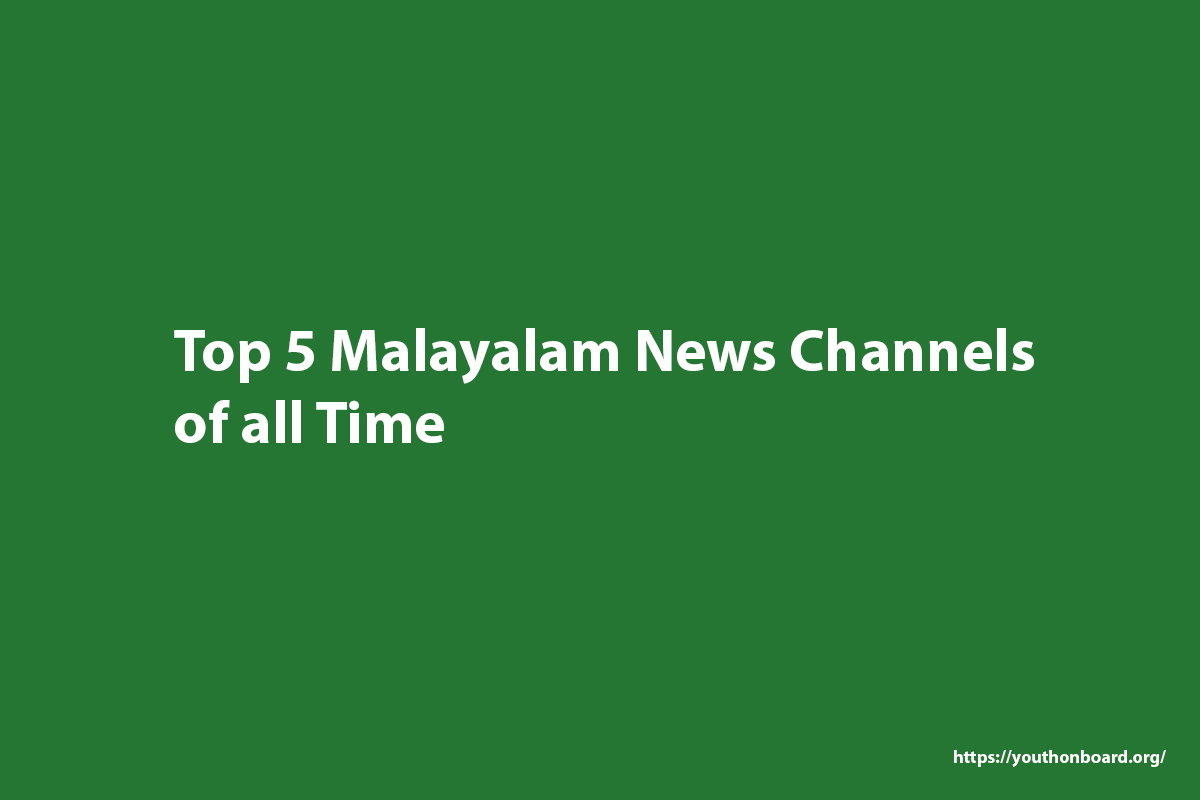 Summing up the article, given above are the best Malayalam News channels of all time. Therefore, if you are eager to learn about politics and other types of news being in Kerala and other regions, the above channels can help you out.

Choose the better ones from them and start gaining some of the best possible information, of all over the world.